As we were hanging out recently, the idea came to us at the lab to create memes in order to summarize our work. We should be writing articles but hey, we needed the break, and so we shared them with each other in our last group meeting along with a good laugh. Here are some of the funniest ones. 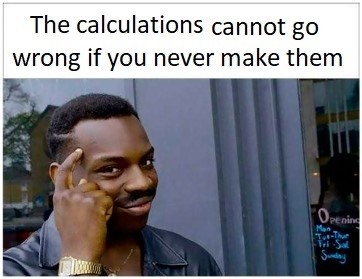 Having doughnuts during our weekly meetings has proven a huge success in itself:

Finding transition states for organic chemical reactions can be a bit frustrating at times: 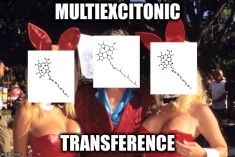 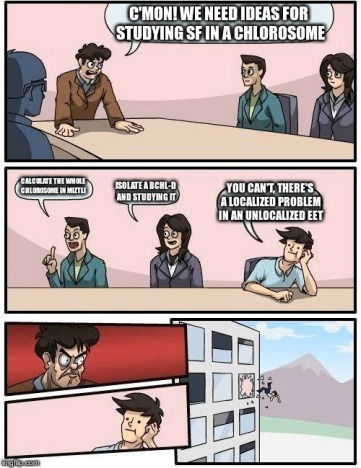 We’re dealing with docking calculations for a massive number of molecules. This has sparked a few inside jokes too: 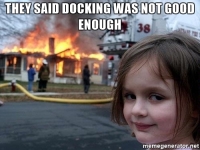 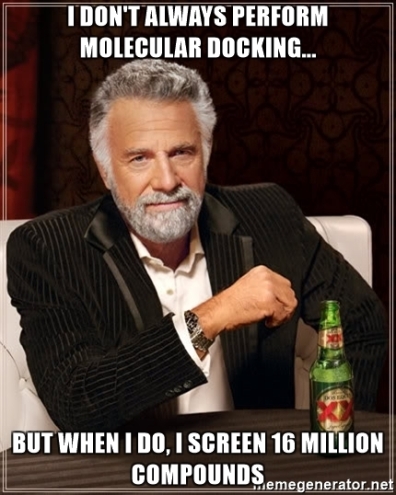 A conversation about heterocyclic nomenclature that sparked this other post:

Last Friday we had a new graduate student when our very own Marco Antonio Diaz defended his BSc thesis on the in silico design of drug carriers based on calix[n]arenes. During his thesis he performed around 160 different calculations regarding the interaction energy of our host-guest inclusion complexes, both using the supramolecular method and the NBODel procedure available in NBO3.1 as provided with Gaussian 09. One of the main targets of this work was to assess both methods -with the proper BSSE corrections- in their capabilities for the calculation of interaction energies.

We found that the NBODel method consistently generates interaction energies that are similar to those of the SM method + the BSSE correction (as opposed to SM – BSSE which is the proper correction). Marco and I are still in the process of writing the article so maybe it will be published in early 2018. In this case we’re using calixarenes to deliver three drugs: warfarine, furosemide, phenylbutazone to compite with ocratoxin-A (OTA) for the binding site in Human Serum Albumin (HSA). 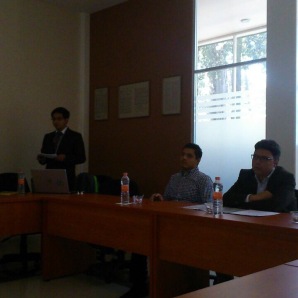 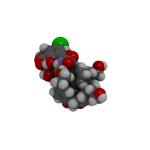 This project is undertaken in collaboration with my good friend Dr. Sándor Kunsági-Máté in Pécsi Tudomanyegyetem in Hungary.

Congratulations to Marco from all of us here at the lab!

The Evolution of Photosynthesis

Recently, the journal ACS Central Science asked me to write a viewpoint for their First Reactions section about a research article by Prof. Alán Aspuru-Guzik from Harvard University on the evolution of the Fenna-Matthews-Olson (FMO) complex. It was a very rewarding experience to write this piece since we are very close to having our own work on FMO published as well (stay tuned!). The FMO complex remains a great research opportunity for understanding photosynthesis and thus the origin of life itself.

In said article, Aspuru-Guzik’s team climbed their way up a computationally generated phylogenetic tree for the FMO from different green sulfur bacteria by creating small successive mutations on the protein at a time while also calculating their photochemical properties. The idea is pretty simple and brilliant: perform a series of “educated guesses” on the structure of FMO’s ancestors (there are no fossil records of FMO so this ‘educated guesses’ are the next best thing) and find at what point the photochemistry goes awry. In the end the question is which led the way? did the photochemistry led the way of the evolution of FMO or did the evolution of FMO led to improved photochemistry?

Since both the article and viewpoint are both published as open access by the ACS, I wont take too much space here re-writing the whole thing and will instead exhort you to read them both.

Thanks for doing so!

The compound shown below in figure 1 is listed by Aldrich as 4,5,6,7-tetrahydroindole, but is it really?

To a hardcore organic chemist it is clear that this is not an indole but a pyrrole because  the lack of aromaticity in the fused ring gives this molecule the same reactivity as 2,3-diethyl pyrrole.  If you search the ChemSpider database for ‘tetrahydroindole’ the search returns the following compound with the identical chemical formula C8H11N but with a different hydrogenation pattern: 2,3,3a,4-Tetrahydro-1H-indole

Fig 2. Also listed as an indole

The real indole, upon an electrophilic attack, behaves as a free enamine yielding the product shown in figure 3 in which the substitution occurs in position 3. This compound cannot undergo an Aromatic Electrophilic Susbstitution since that would imply the formation of a sigma complex which would disrupt the aromaticity.

On the contrary, the corresponding pyrrole is substituted in position 2

These differences in reactivity towards electrophiles are easily rationalized when we plot their HOMO orbitals (calculated at the M062X/def2TZVP level of theory):

If we calculate the Fukui indexes at the same level of theory we get the highest value for susceptibility towards an electrophilic attack as follows: 0.20 for C(3) in indole and 0.25 for C(2) in pyrrole, consistent with the previous reaction schemes.

So, why is it listed as an indole? why would anyone search for it under that name? Nobody thinks about cyclohexane as 1,3,5-trihydrobenzene. According to my good friend and colleague Dr. Moisés Romero most names for heterocyles are kept even after such dramatic chemical changes due to historical and mnemonic reasons even when the reactivity is entirely different. This is only a nomenclature issue that we have inherited from the times of Hantzsch more than a century ago. We’ve become used to keeping the trivial (or should I say arbitrary) names and further use them as derivations but this could pose an epistemological problem if students cannot recognize which heterocycle presents which reactivity.

So, in a nutshell:

Chemistry makes the chemical and not the structure.

A thing we all know but sometimes is overlooked for the sake of simplicity.